Yeah, all the cool kids were at the Back Room at Colectivo last night to see the wonderful Grovelers open up for Southern Culture on The Skids, but I'm recovering from a great Wisconsin vacay, that started on a boat.

Yes, the way to start a vacation is to get on a boat and go on a cruise with a surf band. I signed off my work computer, turned off my work mobile phone, and headed toward to dock to board the Vista King. With my ticket, I got my free first drink, a potent margarita that has the glow of some fluid you'd put in your car. Last time I did this they were brake-fluid blue; this night they were radiator fluid, original gatorade flavor yellow. You could get a beer, but why? The Vista King's margaritas will set you up. I took a seat right by the band, and noticed I was next to WMSE's Paul Host, who mentioned (and I agreed) "these Vista King cruises are the best entertainment value in the city." He's right: for $20, you get a terrific band, a drink, a cruise through the river and lake, (and in this case, a newly-released CD!) and be done in time to catch something else if you need to.

The band, of course, was perfect: Devil's Teeth. Dressed in captain's sailing suits, they introduced themselves gently, but once the boat's diesel engine fired up they fired up as well, rumbling along. I've raved about this band before, but only because I saw an abridged set. This was two hours and they didn't have a weak moment. Lots of fun, dangerous surfy fun, but they could chill out with a relaxing sundown kind of tune, too. Mostly instrumental, but they did have a couple of tunes that featured vocals. I popped the CD in my car for the drive home -- it's an accurate representation of their sound. Pick it up. 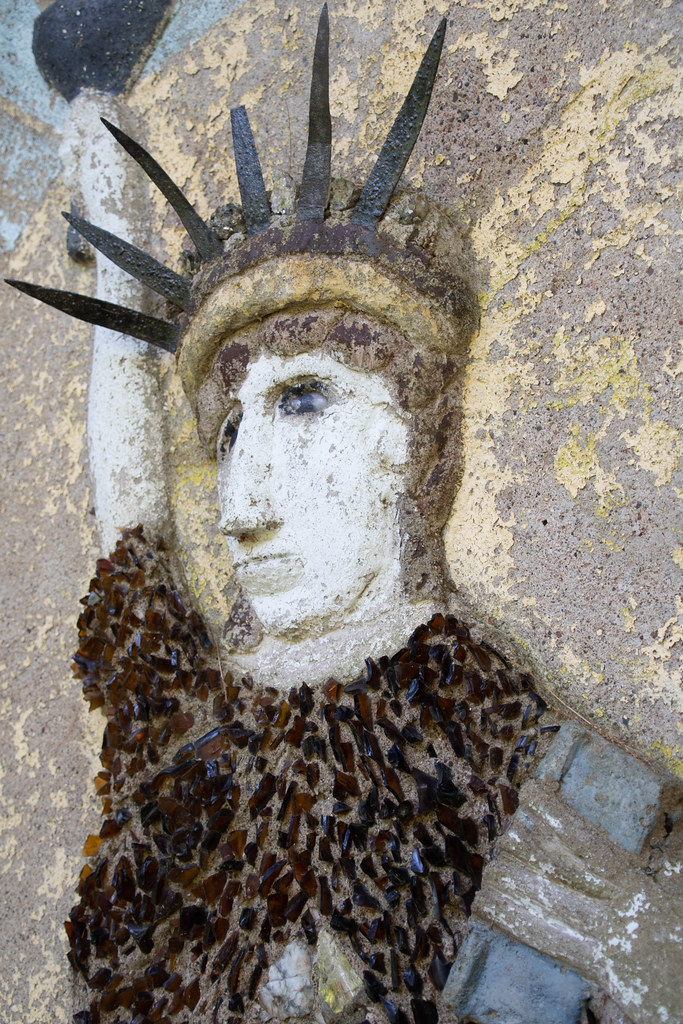 Then I headed up north.... wayyyyy up north to go camping on Madeline Island. Typical vacation bands would play at Tom's Burned Down Cafe, but that's not my goal on vacay. Naw, kayaking (recommended: Apostle Island Kayaks, led by Ed Kale, who has more than a few stories to tell whilst  touring the sea caves), camping, eating italian beef sandwiches, jumping off cliffs (into water, refreshing cold Lake Superior water) bike riding, playing in waterfalls, and complaining about mosquitos. A stop at the Wisconsin Concrete Park was worth the detour home -- I'm a big fan of outsider art anyway -- but this place was downright magical in Fred Smith's depictions of both everyday life and pop culture. 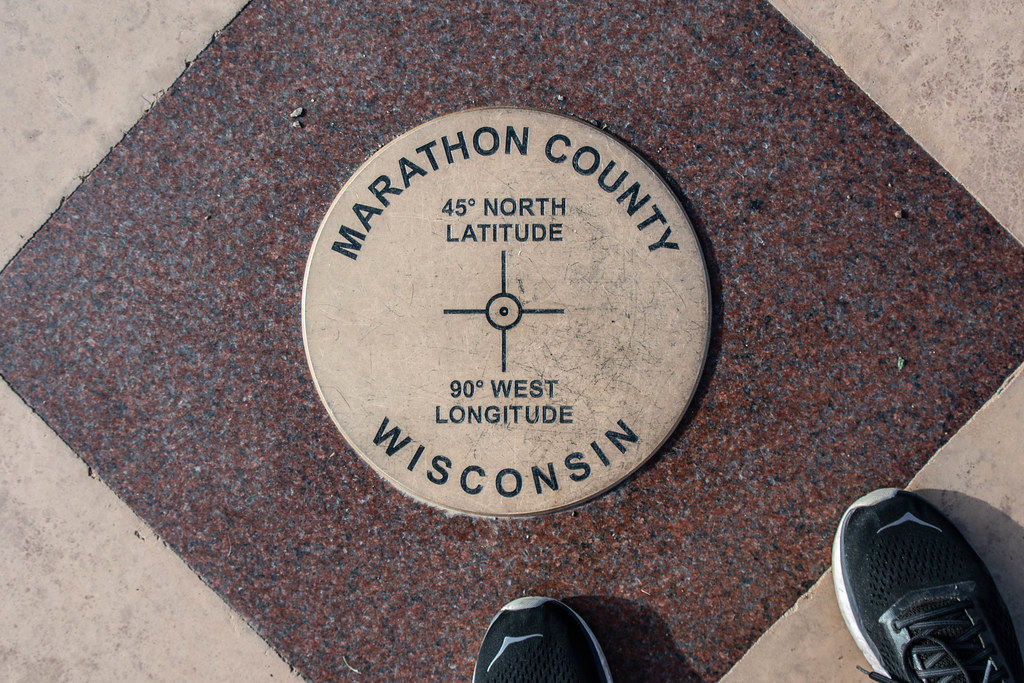 And then, of course, we hit the center of the Northwestern Hemisphere. Some people might say it's in the middle of Nowhere, but actually by definition, Poinatowski Wisconsin is in the center of everywhere.

Back home in Milwaukee, all the cool kids were at summerfest for a variety of really good acts that I would have liked to have seen, but frankly, I wasn't ready for big crowds after being in natural solitude, woken every morning to the sounds of birds and other critters I can't identify. But then again, Voot Warnings was doing his annual post-fireworks show at the Uptowner, and since both expatriates Frank Chandek and Kristie Reinders were in town, I popped in. And i'm never sorry I hit a Voot show. As usual, Riverwest's living room (which is what I really think the Uptowner is) was full of friends I only occasionally get to see, and I can't really write more about the under appreciated genius that is the Voot Warnings band, so just watch yet another video of his happy little ditty "Go Fuck Yourself" and pretend that like me, you're still on vacation.

Ended the vacay by meeting up with my old college roomie/friend Miriam and we drove down to Aurora Illinois for a night of prog rock. Miriam loves prog and she's not afraid to admit it. Prog for me is like peanut butter: It's not my favorite flavor and I don't buy it for myself all that often but whenever I have it I'm all "Hey, I really do love this shit." This was the "Yes -- The Royal Affair Tour" and of course Yes (generally my favorite of the 70s prog monsters) was the headliner, with Asia (who I never got into -- but the time they existed I had discovered punk and I was too fucking cool to care about them), John Lodge (who was actually fun with his Moody Blues set, thank god for no White Satin), and opener Carl Palmer's ELP Legacy. ELP was the band that everybody made fun of the most (let's face it, they probably were a big influence on Spinal Tap!).

The venue, Riveredge Park in Aurora, was kind of like, what if one of the smaller stages at Summerfest was just that -- just one smaller stage without all the other crap (other stages, souvenir booths, $8 beers etc) around. In fact, we only paid $5 to park right across the street from the entrance, and I only paid $2 for a soda (wait, break out my old Chicago accent: pop). Beer was a whopping $4. Nice variety of concessions (including a taco truck, with good ol Milwaukee taco truck prices) at reasonable prices. Only downside was entering: this was even more intense than airport security. Geez, what are they expecting from this crowd?

To my surprise, it was indeed Carl Palmer's short (half hour) set that was the most enjoyable. I heard that tinny synth, and Palmer took his seat behind his arsenal of drums, gongs, bongos, and other percussion instruments, and then a oddly dressed man came out, took the mike, and belted out "Welcome back my friends to the show that never ends!" The keyboards were taken care of by a guitar player who ran though some pedal that gave his strings a very Keith Emerson sound. But as for the vocalist, I said to Mirian, "Who is that guy? I feel like I should know who this singer is...." He was theatrical, even more so that Greg Lake or even Peter Gabriel. "Seven virgins and a mule! Keep it cool, keep it cool" made more sense delivered by this mad hatter of a guy with tribal makeup and a choky UK accent. By the end of the song Palmer came out to introduce the band and it was Arthur Brown -- as in The Crazy World of Arthur Brown. Duh, that's where Palmer got his start. Yeah, they did a few other ELP hits, including the mutual kumbaya moment from the crowd on "Lucky Man", and a very gregarious Palmer would come out and tell a story about each song, but it was when he brought Brown back for a rip roaring take on "Fire" that was the highlight of the show. Oh, and you don't pay to see the man who invented the ten minute drum solo without getting one, and Palmer delivered. He still can hold your attention for ten minutes on those skins.

Yes was Yes. John Davidson replacing Jon Anderson -- but honestly it was hard to tell those voices apart. Alan White sat in a few songs, and Steve Howe seemed to be running the show. They were good, but they seemed to concentrate on more of the deeper (read: longer) cuts and after a while it got, well, boring. They seemed to be phoning it in. It wasn't until later in the set (and even the encore "Roundabout" was fairly predictable) that they seemed to light it up, and it was the final encore of "Starship Trooper" that finally got me on my feet. Naw, I left surprised that it was Carl Palmer that I went home raving about.

But it was Yes that inspired me to bike the bucolic vistas of the Wisconsin Driftless Area on my last day, and so I did. 50 miles up and down country roads. And now, back to work. 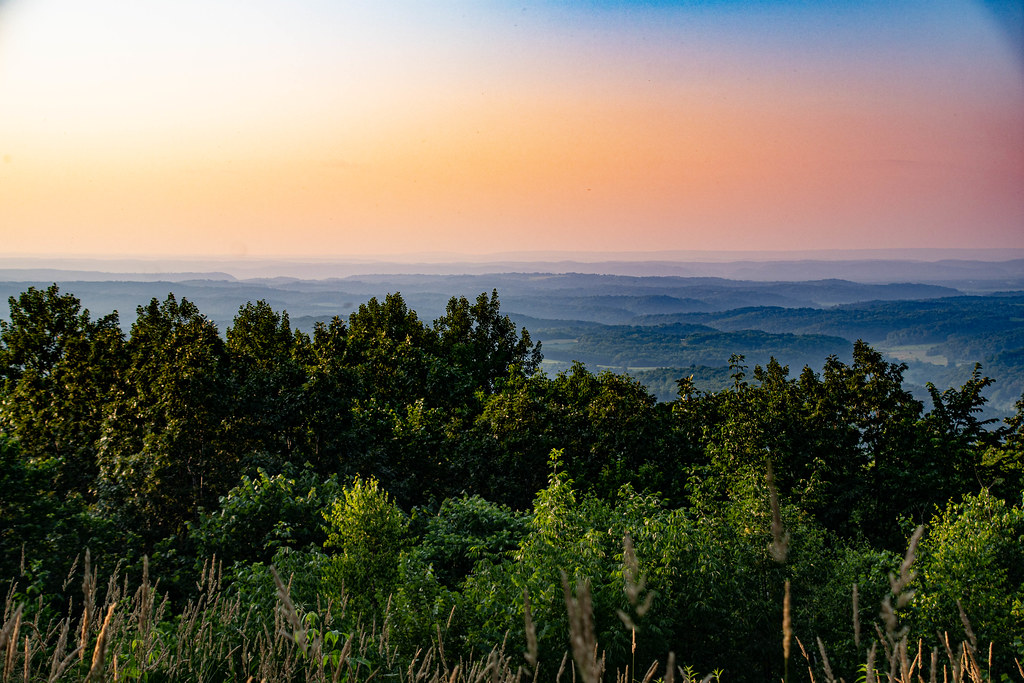